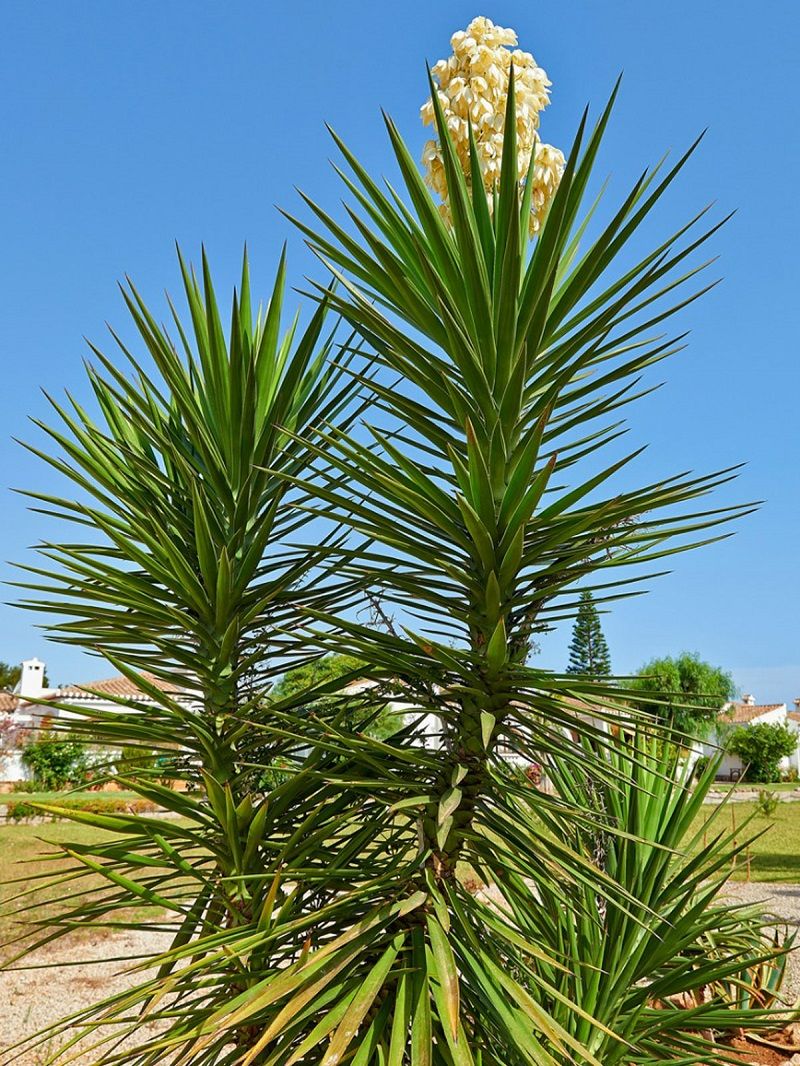 The Yucca plant is widely known as a drought-tolerant tree that is native to the countries like North and South America. It is recognized for producing distinguishing sword-shaped leaves and beautiful white-colored flowers. Known as an evergreen plant, Yucca can live in almost all climatic conditions. Mainly found in the desert areas, the yucca plant can also be found in grasslands, badlands, mountains, semi-temperate, and tropical zones. The major parts of the world to which these plants belong are Mexico, Guatemala, the Caribbean Islands, and some parts of the southeastern United States. Mexico’s state flower is known as the flowers produced by the Yucca plant. This tree can have almost more than 40 species and 24 sub-species of its kind. The yucca plant can be called out by many various names, such as Dragon Yucca, Joshua tree, Spanish Bayonet, Banana Yucca, Spanish dagger, Adam’s Needle, Spoonleaf Yucca, Needle Palm, Soft tip Yucca, Soapweed Yucca, Don Quixote’s lances, and Mojave Yucca.

Scientific Classification of the Yucca Tree 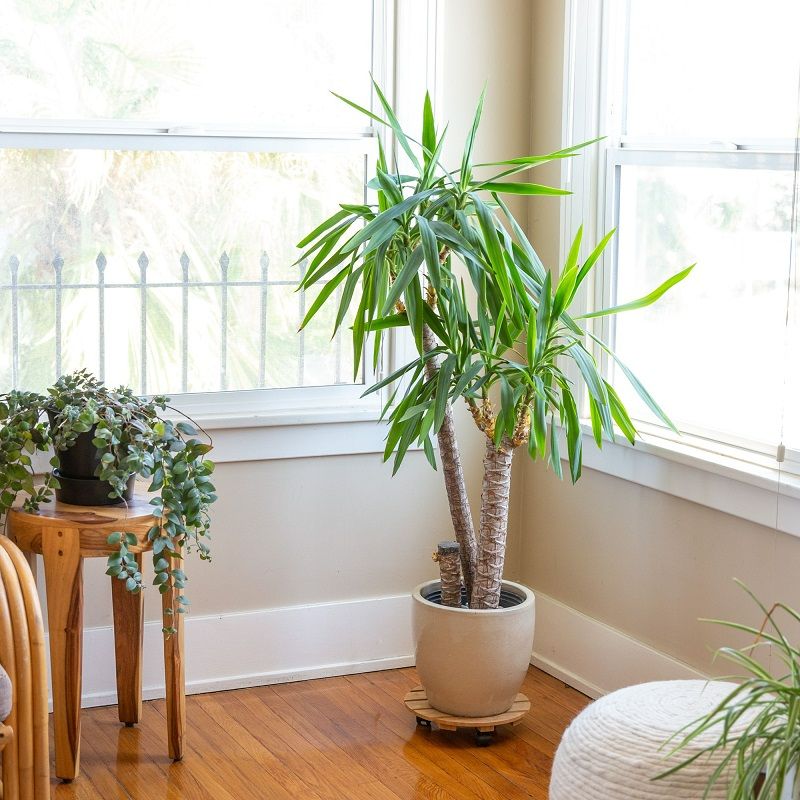 Yucca Plant Inside the House

The kingdom of the Yucca tree is Plantae. Subkingdom of this plant is termed as Tracheobionta and the superdivision of the same is called Spermatophyta. The division to which the Yucca tree belongs is referred to as Magnoliophyta. The class of this well-known plant is Liliopsida and the subclass is Lilidae. The yucca tree comes in the order of Liliales and it belongs to the family of Agavaceae. The genus of this plant is named Yucca L.

Specifications of the Yucca Tree 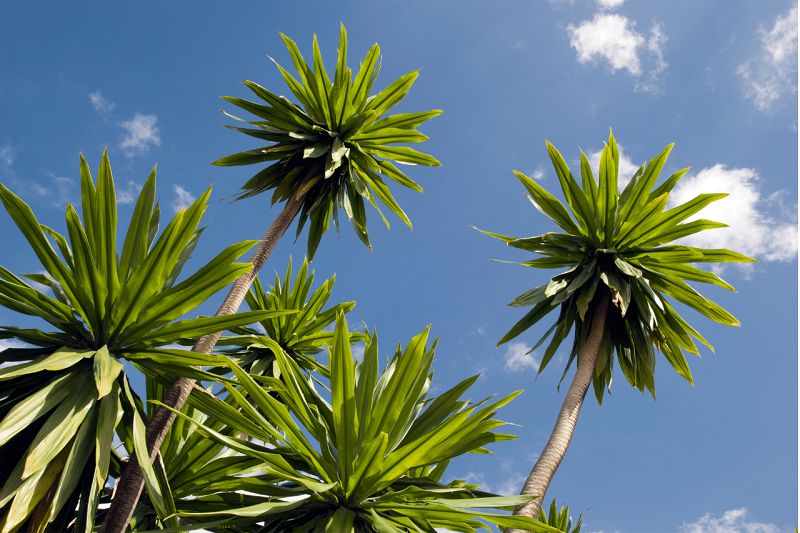 Root System of the Yucca Plant

Yucca is a drought-tolerant, desert plant, thus its survival in these dry locations is primarily dependent on its roots. Yucca plants have a robust absorption root system that not only collects a lot of water but also reserves it for when conditions are less ideal in the future. These roots are firmly embedded in the soil, making uprooting the plant challenging. Some Yucca species’ roots can produce new Yucca plants from every point, resulting in the forming of a colony in the region where they’re grown. The Yucca plant’s roots are highly invasive, and if cultivated in the garden, they can cause problems for surrounding plants and their roots. 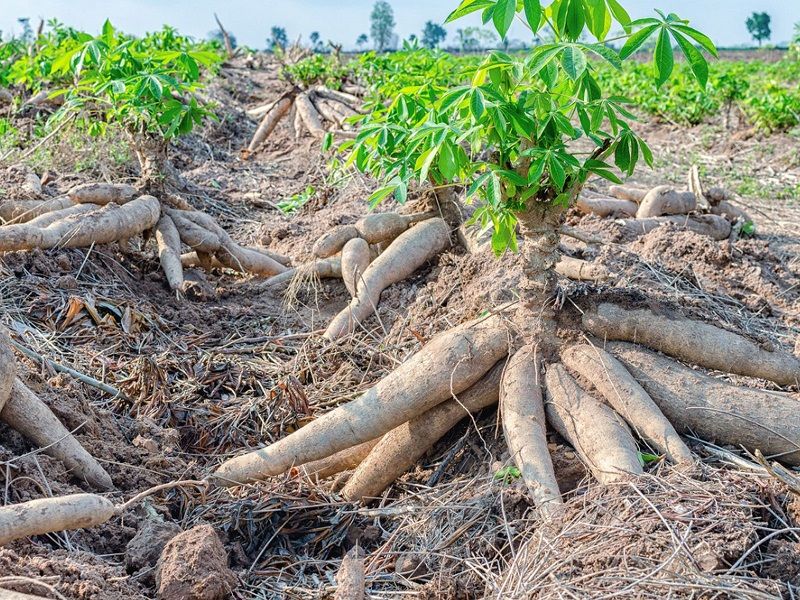 In their need for energy and nutrients, they spread like weeds throughout the environment. To prevent root spread, Yucca should be planted in a pot or big container. The root system of the Yucca plant can be both fibrous and taproot. In addition to these two kinds, the Yucca plant generates Rhizomes, which shoot out roots from their stem and aid in moisture absorption. 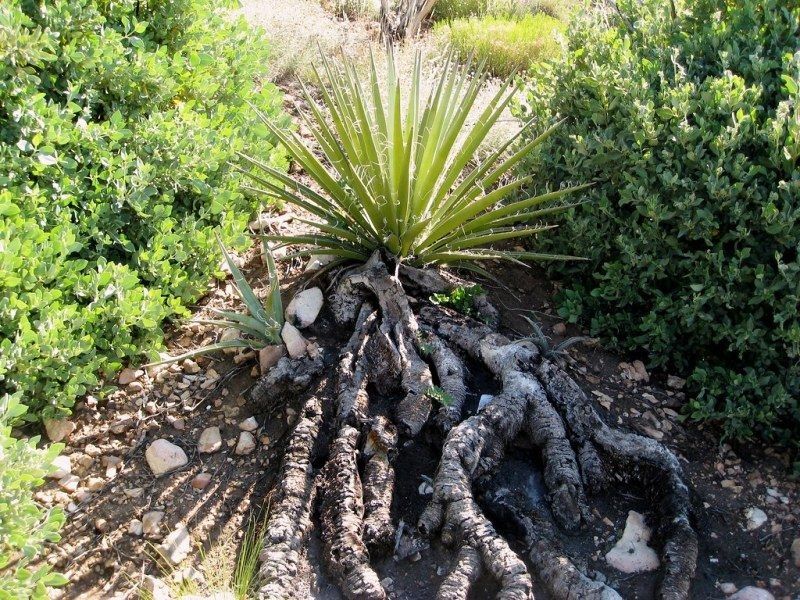 Fibrous Roots of the Yucca Plant

Yucca’s fibrous roots grow horizontally toward the surface, are deep, and are in charge of moisture absorption near the soil surface. These fibrous roots are great in collecting fresh rainwater from the soil, allowing the Yucca plant’s surroundings to dry off. As a result, any plant growing near Yucca will die quickly due to a lack of water. 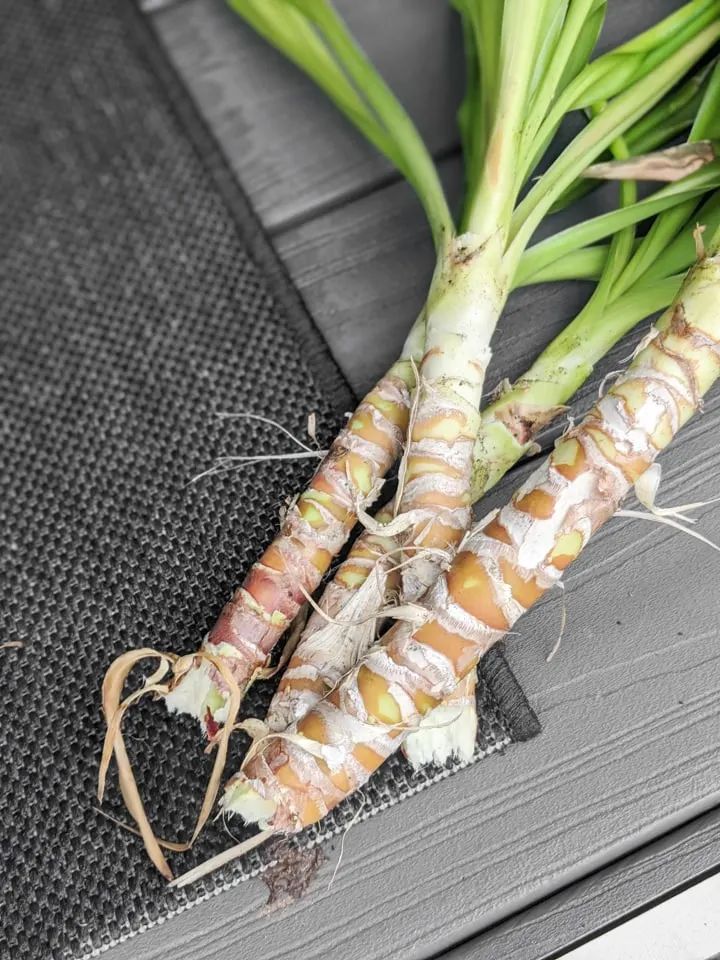 Yucca plants have a distinct spongy Tap Root System, similar to carrots and radish. In quest of freshwater and nourishment, taproots delve down into the soil. These fleshy roots are renowned as a food supply in various parts of America. Saponin chemicals found in taproots are utilized as soap and as a frothing ingredient in the production of root beers. 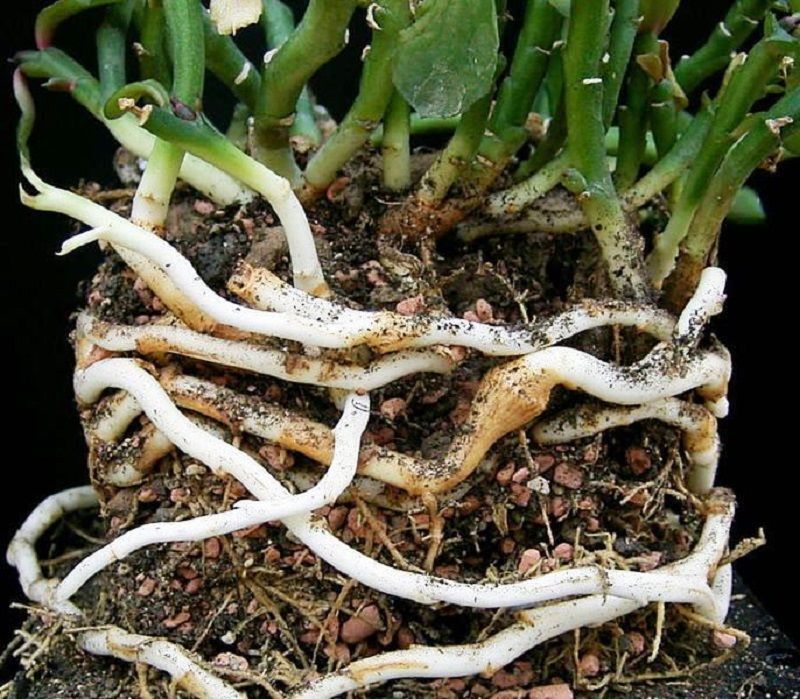 The rhizomes are altered Yucca plant stems that emerge from the parent plant’s bottom and grow horizontally in all dimensions. Rhizomes produce new stems and roots as a result of their stems. Although the roots resemble the primary roots, they are rhizomatic in structure and sustain the stems. Rhizomatic stems result in the development of a new plant with flowers and leaves. The Yucca plant, which was previously thin, thickens as a result of this process. Rhizomes are not produced by all Yucca species. Uprooting a Yucca plant is challenging due to the production of robust roots and stems by Rhizomes.

Exploring the Dangers of the Yucca Tree

Expert landscapers advise against planting yuccas next to the house since they develop tall and their roots are aggressive. Maintain them separate from any buildings. The vast root systems, according to Garden Design, can destabilize basements, sidewalks, swimming pools, and retaining structures, as well as disturb irrigation pipes. It’s hard to get rid of the roots once they’ve grown and established. The sharp points of the yucca spikes are deadly to people and pets, in contrast to the threats posed by the roots. To prevent walking routes, grow your yucca far from them. Toxins produced by the spines produce catastrophic skin irritations. When touching a yucca, it is always advised to wear gloves.

Uses of the Yucca Tree 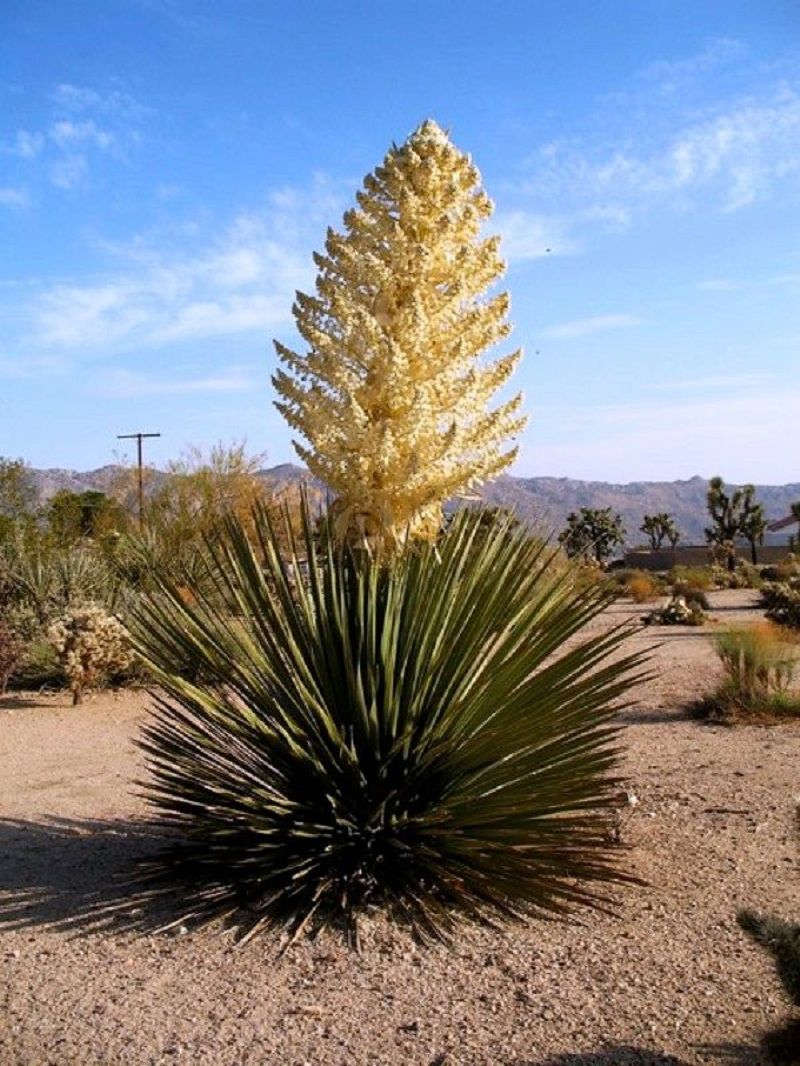 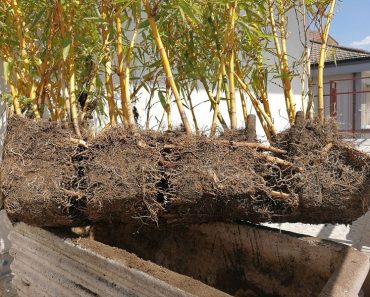 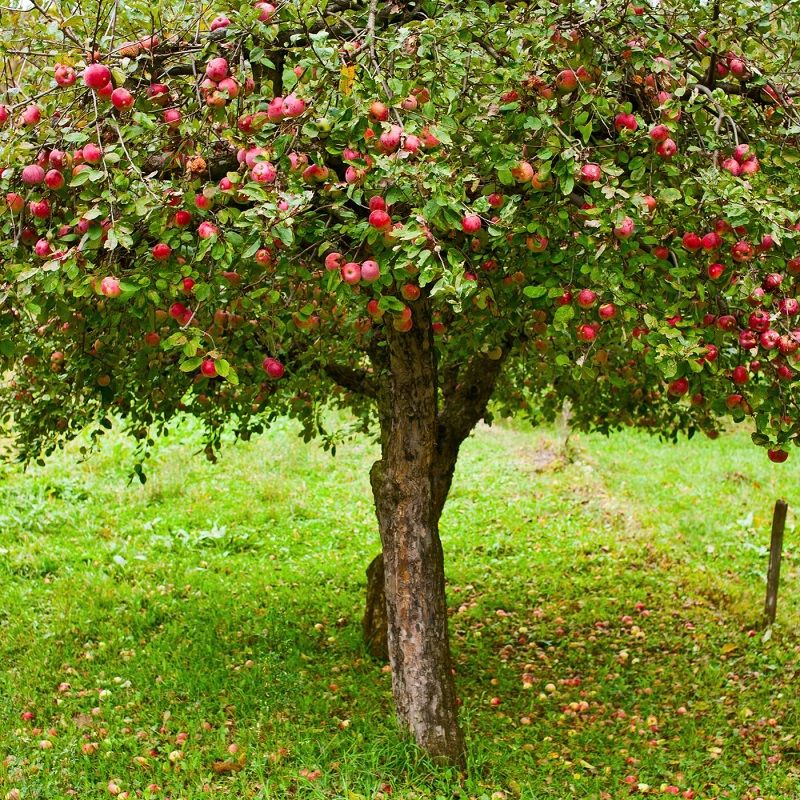 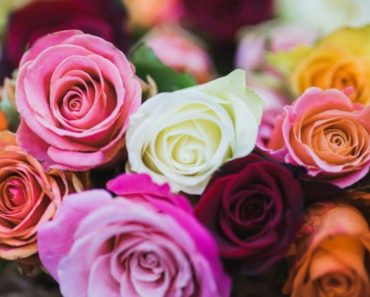 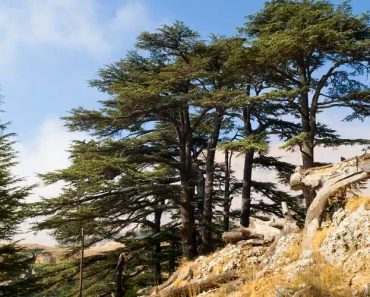 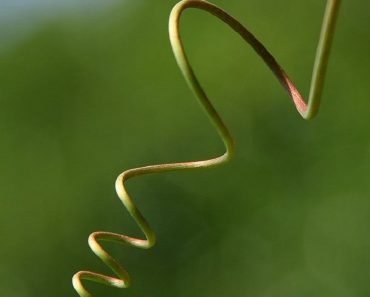 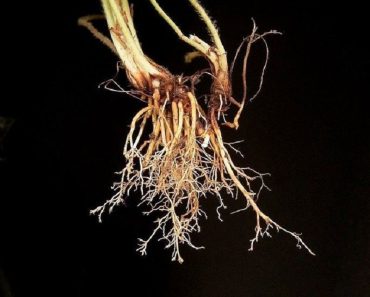